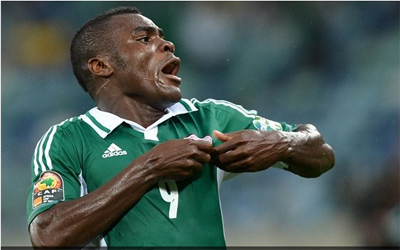 Mentor Emmanuel Amuneke has hailed the Flying Eagles winning begin at the U20 AFCON in Niger, and yet cautioned the Nigeria U20s must be getting it done against South Africa tomorrow.

Flying Eagles The Flying Eagles beat Burundi 2-0, while South Africa constrained a 1-1 draw with hosts Niger. A success for the Flying Eagles on Tuesday will book them capability to the 2019 FIFA U20 World Cup in Poland. Amuneke, who is on the CAF Technical Study Group for the U20 AFCON said the group driven by mentor Paul Aigbogun can take care of business tomorrow. Peruse ALSO: CAF Champions League: Lobi tumble to Wydad in Enugu “It was a decent begin for the Flying Eagles in the competition as winning your first match gives you more certainty to push more diligently and that is actually what they have done,” the one-time African Footballer of the Year said. “The young men indicated great character in second half to get the two objectives expected to go best of the gathering. “They have to proceed as such realizing completely well they have a vital match coming up on Tuesday against South Africa. “The South Africans will turn out in full power since they are yet to win thus the Flying Eagles need to try harder so they could well pick the ticket for the World Cup on that day.” The Flying Eagles last Group A diversion will be against the host country.

Fifa rankings: Eagles keep up position in Africa yet slips in world positioning